Kerry Katona announced she is set to wed again this weekend.
The Big Reunion 2013 star accepted her boyfriend George Kay’s proposal and she just couldn’t wait to show off her impressive diamond engagement ring.

Beaming Kerry Katona told of her delight last night… after getting engaged to her lover George Kay.

The Atomic Kitten star – who has been with George for nine months – revealed all about her romantic evening as she accepted his hand in marriage at the top of the Blackpool Tower. 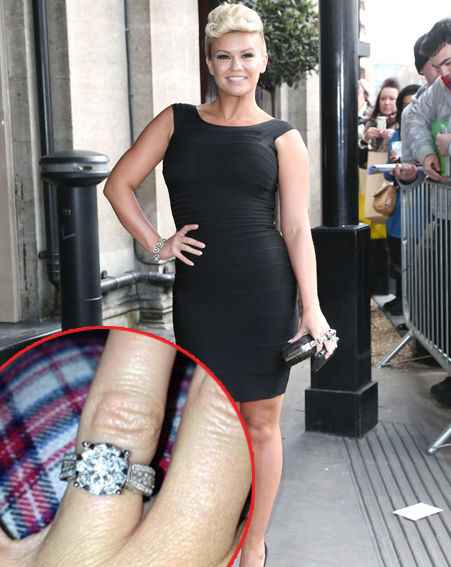 She wept and immediately said ‘yes’ – and her daughter Molly handed her the diamond and gold engagement ring.
Atomic Kitten singer Kerry said: “I’m thrilled but a bit overwhelmed by it all.
“I was totally in shock about it, ­especially as I knew nothing, but my girls knew what was going on.
“There were roses and champagne and George got down on one knee. It was the most romantic thing in the world. I am so happy.” George and Kerry went to Blackpool tower with Molly, 12, Lilly-Sue, 10, Heidi, six, and Max, five – with Kerry thinking she was simply being taken there for a meal.

Eco-friendly Chatham-created synthetic color #100 pink sapphires are real sapphires with the same chemical, physical and optical properties as their natural counterparts. Gem quality means there are no inclusions visible to the naked eye. 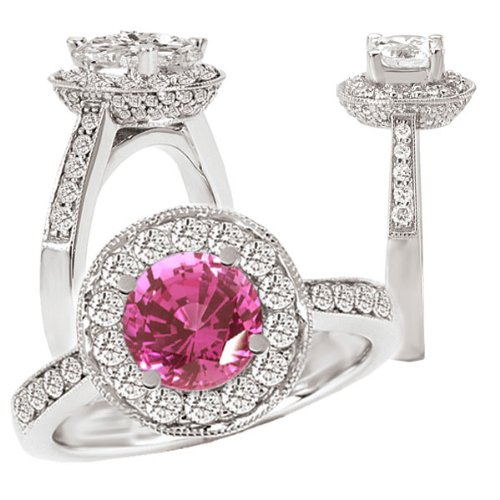